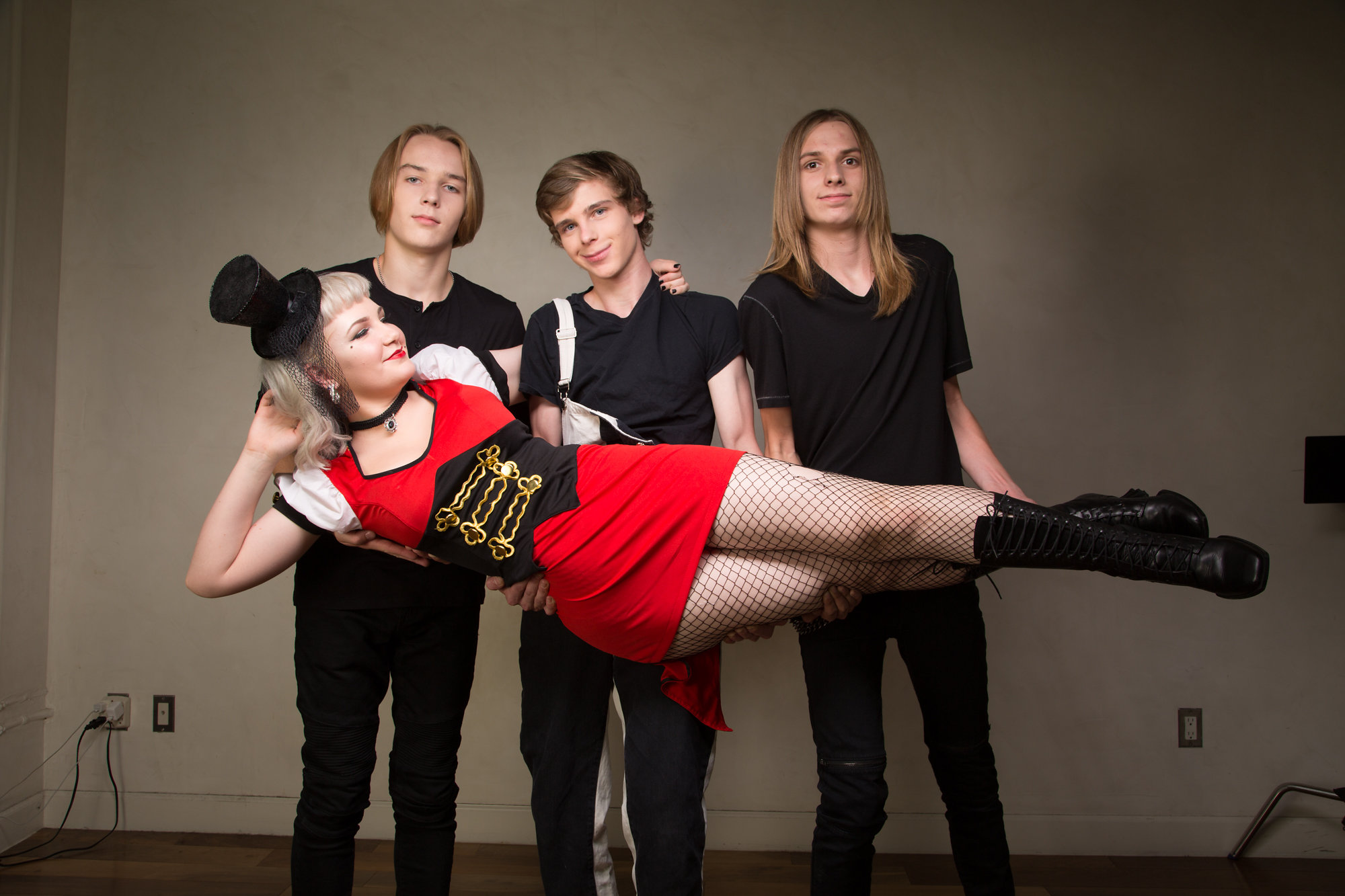 Roses are Red, Love Past Blue, Rock’s New Stars are coming for You

They may be young, but America’s indie-alternative pop rockers, the quartet which form Love Past Blue, are fast making a name for themselves.

Already award winners, the band fronted by the exquisite vocals of 16-years-old bombshell, Clio Cadence alongside Jack Hickman (14), Joe Galate (16) and Logan Sheppard (15)  are set to release their second EP of original music having released a self-titled, seven-track masterpiece at the turn of the year.

The debut EP, spearheaded by the brilliant ‘Keep Running,’ a personal favourite of the band, which put them firmly on the radar of management consultant, Vicky Hamilton, who shot to fame during rock’s heady days of the eighties and nineties with the likes of Motley Crue, Guns N’ Roses, Poison, Stryper et al; and that after claiming both Battle of the Bands and Best Vocals last summer at the Wildflower Music Festival in Richardson, Texas.

With a sound that has been described as being both bold and sassy, whilst straddling the thin line between that of pop and rock music whilst having an infusion of a subtle blend of both jazz and funk, just for good measure.

Invited back to perform at this year’s event alongside Bowling for Soup and the All American Rejects Clio and her rock all-stars have so much going for them that they’re understandably elated with the rapid progression being made.

She said: “I’m humbled (with last year’s awards), we really didn’t think we would win.

“But it was awesome that we did; and to get best vocalist was a shock.

“We’ve also been pleased with the results (from the debut EP).

“It’s had a positive response when played on the radio, and a few of songs really get the audience singing along at our shows.

“Keep Running is definitely a crowd favourite, I love Keep Running; and I also like Tricks.

“This next recording, be on the lookout for a song called VIP.”

With their catchy name originating from a Beatnik poem, that, and the sultry rock sound they produce. It is their belief that, from that, and what they have and continue to produce, is a recipe for success and led to the formation of LPB.

Clio adding: “To us it means going through a hard or difficult time where you might feel sad or blue, and finding love on the other side.

“The band started basically from stalking! I knew I didn’t want to go the solo route, and thought it would be really fun to do the band thing. So I started calling around some local studios, which is how I found Joe.”

“I was working at a place called Whataburger when they called me,” continued Joe.

“I got off at 10, went over and auditioned and they decided right there that I was in. The year and half since then has been insane, but really fun.”

“I met LPB at a competition where we were both finalists,” added Jack.

“A month later, when they needed a guitarist, they called me while I was on vacation. I auditioned shortly after a 20 hour drive, rehearsed with them for a couple of hours, and played a show that night.”

Continuing with their speed in addition of musicians to the band the line-up was recently completed when they added fifteen-ear-old drummer, Logan, to the mix. “I flew to Dallas to rehearse for the L.A. tour, which went so well that I got to do the recordings too.

“It has been great. I feel like we’re best friends already.”

Now, as they swim with the sharks or the powerful rock industry the quartet have found themselves playing events such as the Dallas International Guitar Festival, Wildflower, Springboard and Celtic Festivals as well as a recent outing at the famous Whisky A Go Go on the Hollywood strip.

Unanimously the band all agree that the Whiskey tops recent successes although Clio is very easily pleased, not wanting to nails her colours to any particular mast.

Fourteen-year-old Jack said: “The Whisky stage is a legendary venue.

“Zeppelin has played there, so have a bunch of other great rock bands.

“To have played there at age 14, to a lively crowd, was pretty amazing.”

As for Clio, she giggled: “All of them are my favourites; but the Whisky was the last big show we did.”

Moving forward the band are set to release a new, six track EP and will be nipping across country to New York in October for manager Vicky’s launch of the second edition of her own life story, ‘Appetite for Dysfunction.’

Along with their music producer, Sylvia Massey, their latest offering certainly ticks every box, pretty much the same as Vicky has with the soon-to-be A-Listers.

“Working with Sylvia on our new music is literally a dream come true,” added Clio.

“She really believes in us and our music, and she has definitely taken the recordings to the next level.

“We’re also absolutely thrilled to be working with Vicky.

“We had hoped that performing at SpringBoard would open some doors for us career-wise, but we had no idea it would lead to us working with someone so amazing.

“She really knows what it takes to make it in this business, how to get us connected and in front of the right people.”

Love Past Blue will be heading to New York in mid-October to perform at the Cutting Room as part of manager Vicky Hamilton’s ‘Appetite for Dysfunction’ Second Edition book launch (available from www.vickyhamilton.com) alongside Ron English, Damian Sage, Ray Goren and London’s Matt Adey.