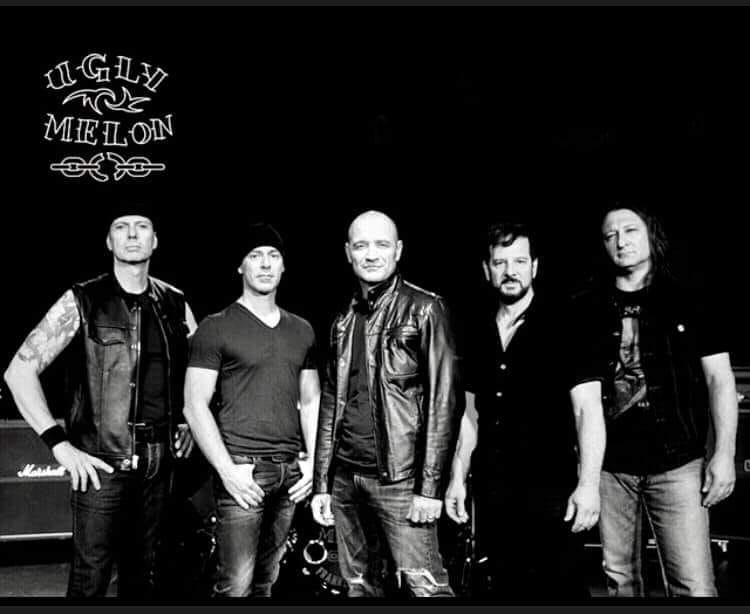 Ugly Melon; a powerhouse melodic hard rock band that’s inspired by life’s raw and often unrelenting experiences. The band and their music are free from any pretense, and are informed by life’s unavoidable reality – it is what it is.

The heavy metal fire was re-ignited in 2014, when childhood friends and band mates Lu Cachie (lead guitar) and Tony La Selva (vocals) came together to form the beginnings of the metal machine that would become Ugly Melon.
During their long hiatus, La Selva dabbled with song writing, while Lu had been steadily recording and performing (including opening shows for artists including Bon Jovi, Def Leppard, April Wine, Honeymoon suite and The Scorpions). While transformed by parenthood, professional life, and a myriad of life’s ups and downs, their love of hard rock never waivered. The timing was perfect. It was the right place and time for this collaboration to take flight.
Once the duo solidified their first set of songs, it was time to get the original band back together again. Franklin Wyles (drums) and John Liberatore (bass guitar) were in a garage band with Lu and Tony when they were teenagers. They were the only rhythm section that could bring the thunder that was needed to give Ugly Melon its heart pounding sound. The foundation was complete. But the band needed a little something more. It was the addition of Joe T (guitar) and Biagio DiBlasi (keyboards) that completed what would be the six piece powerhouse that is Ugly Melon.

Proudly drawing influence from the likes of Black Sabbath, Rainbow, Rush, and Led Zeppelin the band refuses to be defined by the confines of what is considered “normal” in today’s rock climate. Also calling on classical, contemporary and theatrical influences, the group of melodically inclined rockers are purists in the truest sense of the word; channeling their love for hard rock into self-financed recording and rehearsal sessions that result in performances that are electric and interactive. Their sound is raw and warm, with music and lyrics drawn from honest emotion, filled with lifes turns, as well offering commentary on culturally current events; making their music live, penetrate, and resonate with their fans.
’60 Days’ is a song about the harsh reality, and the unfortunate death of La Selva’s father in law. The intense honesty in 60 days runs through all of the bands music, giving fans world-wide the opportunity to really connect with the true emotion captured on each track.
Ugly Melon has proven to be the real deal, continually gaining momentum, and an ever increasing fan base. Featured and spun on radio stations including Rock 102, Rock 95, and Rock 89.5 (Australia). Fans worldwide continue to connect with their unique approach. Music first, all else is secondary.
Their 2017 debut EP featured tracks that connected with a broad fan base, both across the country and internationally, creating waves and interest that most new bands aspire to, and that its members are extremely grateful for. Their recently released 9 track album ‘Just a Man’, featuring a single and video for ‘You Want More’ recently explode with its October release.