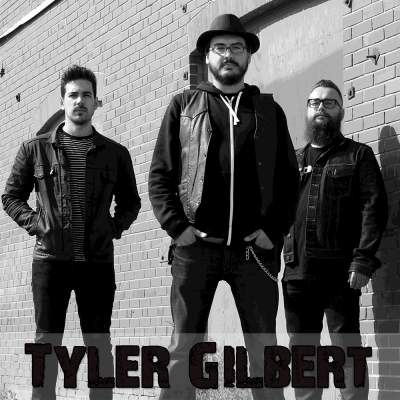 Saskatchewan based rock group, Tyler Gilbert has always striven to be a voice for the overlooked, the ones who never quite fit in, the lone kid, the underdog. From his 2008 debut EP “Vos” to 5 albums later,  none of his work has been more intentionally pointed at them more than his upcoming release “Underdog” (2019). Over the years his sound has evolved from a more folk sound to hard rock similar to Alice in Chains, BLS, Ozzy. He’s done national tours all over Canada and the USA, from Vancouver and Charlottetown; New York to Los Angeles; and everywhere in-between; performed at countless major festivals, including the Ohio State Fair,  Burlington’s Sound of Music, World Women’s Curling Championship, May Run Music Fest, Winnipeg Fringe Festival, International Folk Alliance and the Canadian Western Agribition;  performed live on Global TV and CTV while his music hit the playlists of top stations all across Canada and Sirius XM