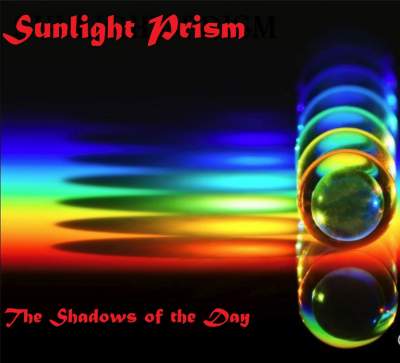 Sunlight Prism instrumental melodies hearken back to the glory days of classic rock, when guitarist John Madeiro and drummer Steve Hennesey first picked up instruments and discovered their unique—and long-lasting—sense of rhythm.

In 1978, their very first band, Paragon, was invited to audition for an opening act on The Eagles’ nation-wide tour.  Tragedy struck two days before the audition, however, when their lead singer suddenly quit the band. In the years before the Internet, no quick replacement could be found. Paragon’s meteoric rise came to an abrupt end, and John and Steve separated until 1981, when they reunited with a new vocalist to form full-blown southern rock band Mythology.

Their second effort gained rapid popularity throughout Texas, both for their blues-based anthems and the professional production Mythology brought to venues all across the state. Though poised to reach even further than their first attempt, Mythology also suffered a fatal blow. In one two-week stretch of 1985, three of the band members were forced to relocate to other states; here again, in the days before the web, the band could not continue with most of its members flung far across the country. Steve moved to California, where he spent a few years moonlighting as a studio drummer. John decided to hang up the guitar once and for all and focus on his family instead.

Both men lost contact for nearly thirty years. For the first twenty, music took a backseat; in that last decade, however, both men dusted off their instruments and began to shake off the rust. John dug up his acoustic and spent several years writing music, while Steve sat back down with the drums. Both moved in and out of bands and small side projects, but they didn’t reconnect until 2013, when a chance encounter online reunited them for a jam session for old time’s sake.

Immediately, they rediscovered the friendship and rhythm that had laid the groundwork for Paragon and Mythology so many years prior. A one-off jam session became a weekly event, and the two friends capitalized on the latest technology: recording high-quality productions in home studios, creating their own music videos, and crafting a unique sound from their own whim and strong musicality.