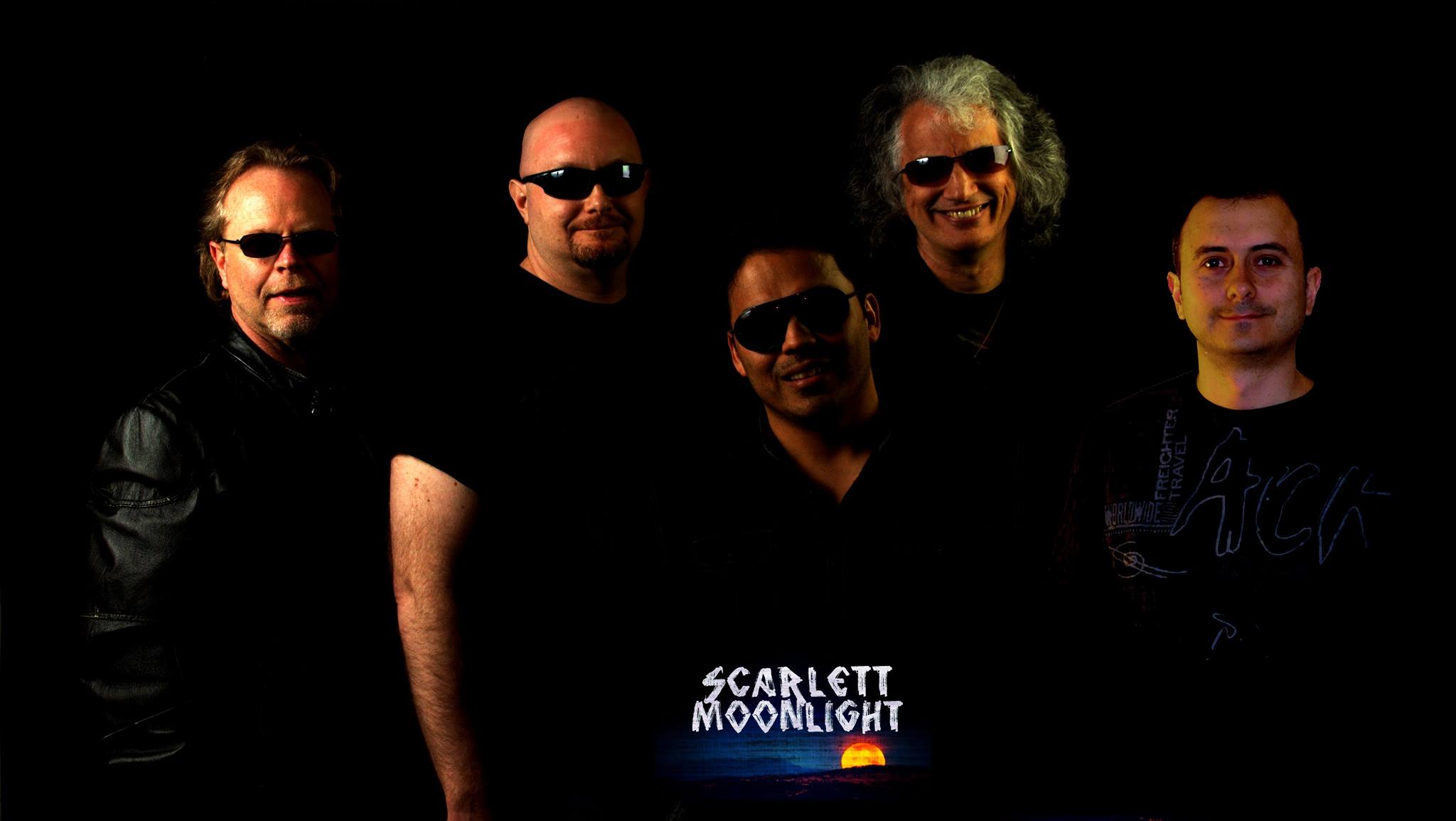 Scarlett Moonlight is a Rhode Island based original Rock band
in the style of Survivor, Foreigner, Whitesnake, Bon Jovi and Journey. If you like great melodic rock or AOR, then you are in the right place!

Scarlett Moonlight first came together when Michael Geiser,
former bass player for Firebrand, met Fran Rodriguez, former keyboardist for the band Nexx. They then asked Mike Rodenbaugh, guitarist with Shotgun Still, to join on Guitar and Bob Myron on drums. They needed the right singer for the band, and Fran brought in Jacob Guajardo and the band Scarlett Moonlight was born.

Scarlett Moonlight has been in Michael’s studio for the last year writing and recording their first group of 13 songs, which will be released one at a time as they are finished. In this day of Digital music outlets and stores the need to release and entire album at one time is not as necessary as it once were. These songs will be available in iTunes, Amazon, Google Play, and typical online music stores.

Scarlett Moonlight is in the genre of Melodic Rock, AOR or Hard Rock and knows that there are plenty of potential fans out there that love this style of music. So please check us out and become a fan if you like what you hear!